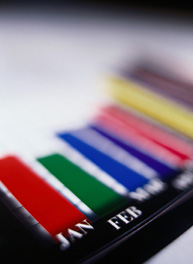 Stocks and bonds tanked in the month of September, giving up all gains registered from the June lows, and proving that the bounce was simply a spectacular bear market rally. After Fed Chairman Powell's comments at the Jackson Hole Conference, and his subsequent reinforcement of that message, there is much less conviction that there will be anything resembling a "Fed Pivot" to easier money policy in the near term. In additiion, the slow drip of lower earnings proceeded apace. This is against the backldrop of the 2nd straight quarter of negative GDP, a third 75 basis point increase in the Fed Funds Rate, continued inflation that exceeds expectations, a soaring U.S. dollar (which diminishes corporate earnings of mutlinationals), no letup in the Ukraine War, and continued deterioration in relations with America's most important trading partner, China. Nevertheless, investors appear to be ready to jump on the bull market, bottom-is-in train at the slightest sign of Fed loosening. This is not without some justification, since the Fed does not exactly have a stellar reputation of steadfastness in the face of the clamour for lower interest rates, and its complete reversal of recent policy pronouncements has been nothing short of stunning.

The yield on the 10-Year Treasury Note rose nearly 75 basis points during the month, in sympathy with less conviction that interest rates will fall anytime soon. Interest rates have continued to increase around the world, as other central banks are forced to defend their currencies in competition with the rising dollar. If they fail to raise interest rates they risk significant inflation and weaker currencies.

For 2022 the S&P 500 Index, the capitalization-weighted broadest measure of U.S. stock market performance, has returned -23.76%. The Nasdaq Composite Index, another capitalization-weighted index, but more reflective of growth stocks, has returned -32.15%. Finally, the Dow Jones Industrial Average, a price-weighted index, has returned -19.70%. All returns include dividends. Volatility in the markets remains elevated, with the VIX or "Fear Index" still elevated. Companies have been severely punished upon issuing bad news.

The Barclay's U.S. Aggregate Bond Index, a broad measure of the U.S. bond market, has returned -14.58% for the year. The entire complex of fixed income investments has negative real yields and projected returns, given inflation expectations. Nearly all fixed income investments are negative for the year. Even with recent increases, the Federal Funds Rate is only at about 3.25%, which is below the inflation rate, currently running at almost 7%. The good news in the fixed income markets is that yields have risen substantially and bonds are beginning to represent a significant alternative to stocks. After many. many year this may be the end of "TINA" (There Is No Alternative - to stocks). Fixed income investments have proven to be almost as dangerous as equities, belying the idea that fixed income provides some type of "ballast" to the inhernent risk in equities. Many investors were oblivious to the duration and credit risk that extraordinary Fed policy has induced in these markets.

The sectors in the equity market that have performed the best in 2022 are Energy, Utilities and Consumer Staples at 30.1%, -9.0% and -13.5%, respectively. Consumer Discretionary, Real Estate and Information Technology have fared the worst at -30.5%, -30.9% and -31.8%, respectively. The concentration of the major averages in a select group of stocks remains true in the current year just as in prior years. Investors have piled back into previous favorites notwithstanding historically very high multiples on earnings.

The comparison of current price/earnings ratios and dividend yields as of September 1, 2022 to those of the prior year is as follows.

* based on 12-month trailing data

Current national average CD deposit yields for one-year, two-year and three-year instruments are 2.95%, 3.55% and 4.15%, respectively. This class of investments is beginning to offer some competitive yields.

Gold and crude oil most recently traded at $1,645.80 and $79.25, respectively, compared to $1,765.15 and $78.75 one year earlier. Crude oil rose to over $125 a barrel earlier in the year in response to the Ukraine conflict but has since settled back to a level of about $80 per barrel. The fundamentals with respect to commodities would appear to be strong in that both short and long-term supplies are constrained. On the other hand, there is developing concern that the world economy may be headed for a recession, given the actions of the Fed and other central banks. Gold has taken a beating recently as the strong dollar and higher interest rates have made it relatively less attractive. Gold has performed its traditional function of a hedge in times of market turmoil, but not to the extent that many investors had hoped for. 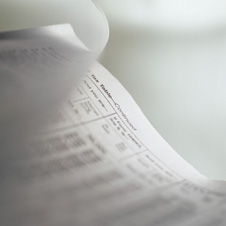